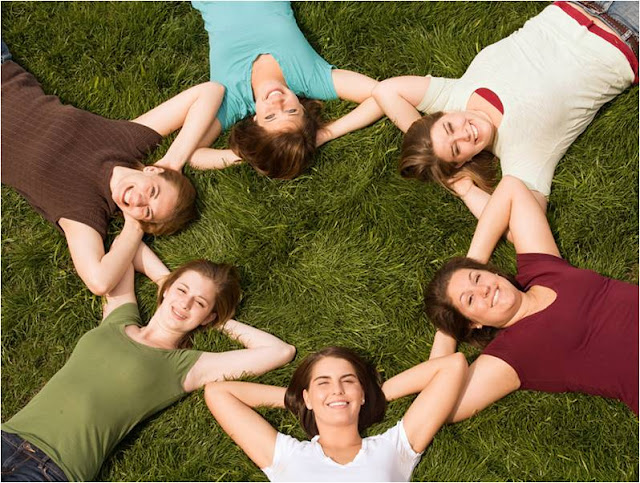 It has been an honor sharing "the ten" with you and breaking down God's prescribed way for us to live in His holy will. You may have noticed that in each blog of this series, I deliberately posted the verse (above) from Jeremiah. I did so because I am certain that if we are to joyfully receive and follow God's commandments, we must first remember that He gave them to us with a Master plan. A plan that was meant to deliver us from our sin by one day offering His Son, our Savior, as the ultimate model to receive and follow after. For without Jesus, no man will ever be able to keep these commandments. It is impossible because of our sin. But with Jesus directing our path, we can celebrate a promised hope and future because our Heavenly Father can accept us as co-heirs to His kingdom alongside his perfect Son. Because of Jesus sacrifice for our lives, we can live richly in our Father's kingdom forever!

So, in closing of this blog series I'd like to share with you a little story I recently heard...

Once upon a time, there was a very successful art collector. He would travel the world wheeling and dealing to obtain masterful works from the greatest artists ever known. This art collector had a son whom he loved more than life itself. As the son grew older, the art collector realized that his boy also had a wonderful eye for art. So, he began to bring him on his business trips and together they increased their private collection. As the boy grew into a man, they had traveled to every corner of the world together collecting rare masterpieces from Picasso, Monet, Renoir, etc. Their collection was world-renowned and unmatched by any other collectors. In fact, several museums, galleries, and art enthusiasts would regularly contact the father and beg him to sell his collection... but he refused. These were treasured family pieces that the father and son had accumulated together. No amount of money could compare.

One day the son was called away to serve in the war. The father was terrified that his beloved boy would become injured or worse. So, he insisted that his son write him every day. Unfortunately, one day no letter arrived. The father began to worry and started calling anyone he could to find out if his boy was in danger, injured or worse. Two days later, his fears became a reality when he received word that his son was killed in the line of duty while trying to save another soldier. The father was heartbroken. He looked around his home filled with priceless masterpieces and felt so alone.

A few weeks later, on Christmas day, the father received a knock on his door. In wonder, he opened the door to receive the mysterious visitor. Before him stood a soldier in uniform holding a wrapped package. The soldier shook the father's hand and introduced himself. He was the very soldier that the son had saved. In fact, the father learned that his son had saved many soldiers in the line of duty before ultimately being hit by a lethal bullet to the heart. The soldier shared many stories about the son - especially his fondness for his dad and the special love or art they shared together. He then informed the father that he was an amateur artist and handed him the package. The father looked perplexed and opened the box where before him was a portrait of his beloved son. The soldier's gift had perfectly captured the love and facial expressions of this heroic man. The father burst into tears and informed the soldier that this was the best gift he could have ever asked for. Disregarding all his famous works of art, the father promised to hang his son's portrait in the most predominant place of his home. Every day after, he lovingly looked up at the portrait and fondly remembered their time together.

Years later, the father passed away and the buzz on the street began. Art collectors from around the globe where chomping at the bit to get their hands on this famous collection of masterpieces. Per the father's will, an auction was arranged. On Christmas day (years after he had received his son's portrait from the soldier) many collectors came to bid at this once in a lifetime opportunity.

The auction began. The first piece was introduced... it was the beloved son's portrait. But this portrait was not painted by a master. Nobody cared about it, for it was an amateur's work. The auctioneer started the bidding at $100. But nobody bid. He asked again, "Can I get $100 for this lovely portrait?" Nothing. One gallery owner yelled out, "We don't care about that worthless painting! Let's get to the good stuff!" The auctioneer informed the crowd that according to the father's will, this would be the first painting in the auction and no others would be shown until this particular painting sold. The crowd grumbled.

Finally, a neighbor raised up his hand and said, "I knew the boy. He was such a great kid and his dad loved him so much. I'll give you $10 for it." The auctioneer agreed. $10... going once... going twice... sold for $10. With that, the auction was closed. The crowd began to yell, "Wait! What about all these other treasures? What about these masterpieces? We didn't show up on Christmas day for a picture of some old guy's son! We came for his millions of dollars worth of riches!!! We demand to know what is going on!"

The auctioneer calmly replied, "It is very simple. According to the will of the father, whoever chooses the son... gets it all."

And so it is with us, ladies. If we accept the Son and follow His way... if we submit ourselves to His will and allow Him to change us... we will receive it all. We will be blessed with a life in Jesus that promises us eternal abundance that includes all the richness and worth of God's kingdom. We don't deserve it. We can't possibly afford it - for we are nothing. But according to the will of our Heavenly Father, whoever chooses His Son... gets it all! Amen!

Let's fondly remember the portrait of Jesus before us each day and mirror His image in how we live. He has wonderful plans for us. Plans to prosper us. Plans that give us hope and a future in His presence. Praise God for giving us "the ten" so that we can become more like Christ every day! Blessed be the name of our Savior! We have life... we have worth... because He loves us!