Do you hear the bleating of the sheep and the lowing of the cattle?


Does that sound like a strange question for today's Devoted Woman? Let me explain...


In 2 Samuel 15, the story is told of the prophet Samuel being sent by the Lord to King Saul with instructions to totally destroy the wicked Amalekites because they had waylaid the Israelites on their way from Egypt to the Promised Land. The Lord's judgment and direction was very clear and specific. Saul was to destroy EVERYTHING - men, women, children, infants, cattle, sheep, camels, and donkeys.


As a result, the Lord told Samuel He was grieved that He had made Saul king of Israel because Saul had disobeyed Him and not followed His command. When Samuel went to Saul, Saul told Samuel that he had done what the Lord had commanded. Then Samuel asked, "What then is this bleating of the sheep in my ears? And what is this lowing of the cattle I hear?" Saul replied that the best of the sheep and cattle were kept to sacrifice to the Lord. (Note: that is clearly not what the Lord instructed Saul to do.)


So how do we relate this story to today's Devoted Woman?


The words of Samuel to Saul are just as relevant today as when they were spoken in Old Testament days. "Does the Lord delight in burnt offerings and sacrifices as much as in obeying the voice of the Lord? To obey is better than sacrifice and to heed is better than the fat of rams."


Has the Lord given you instructions or a direction to follow in your life? Have you chosen to do exactly what He has asked of you or have you decided that your own way is better? Has He instructed you to give up certain habits or attitudes - or even relationships - but you have decided that keeping them isn't all that bad. Perhaps you have rationalized that these things can somehow be used for God's glory.


Do you hear the bleating of the sheep and the lowing of the cattle?


Ask yourself.... Have you already chosen a different path or determined how a plan should play out in your own mind rather than trust and obey what God has planned for you and has clearly said in His word? If so, this is sin that does not give glory and honor to His will - but rather honors your will. "Rebellion is like the sin of divination and arrogance like the evil of idolatry."


If you have strayed from the Lord, the good news is He loves you and wishes for you to return to fellowship with Him and worship Him with your life. He longs to have a special relationship with you and has great plans specifically designed with a purpose for you to fulfill. "The Lord is nigh unto them that are of a broken heart; and saveth such as be of a contrite spirit." Psalm 34:18


May God use all DW's to reflect His love to the world. May He humble our hearts to love Him, while we seek and obey His will with our entire heart, soul and mind. 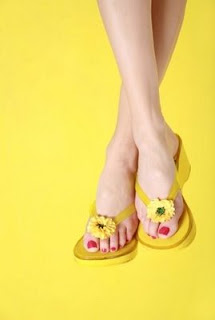 My darling daughter (Victoria) treated me to a spa day last week, reminding me that we "needed to get beautiful" for my nephew's wedding on Sunday. We had the works: massages, hair shampoos/cuts/stylings, manicures, and pedicures - a day of pure pampering. By the end of all the services, I was so relaxed I felt like jelly. Once again, Victoria had spoiled her old mom rotten. I was so blessed because the experience was something I would have never done for myself.


Interestingly, out of all that care and attention came an unexpected lesson. I looked at my feet and for the first time in my life I thought they were beautiful. Now don't get me wrong. I've always appreciated my feet. They have supported me through thick and thin. They have taken me everywhere, at anytime, always working in closed quarters. They have never complained except when forced to do their job in cramped conditions. They have been the workhorses of my body. But beautiful - No! I have even been teased about the big space between my second and third toes - the result of slamming into a bedpost barefoot while making the bed. (You know what I'm talking about! O-U-C-H!!!)


But after all the whirlpooling, massaging, buffing, lotioning, and polishing something wonderful happened. My formerly taken-for-granted "Cinderellas" were transformed into "beautiful princesses". Contrary to everything I've done in my life, I couldn't wait to try on some snazzy sandals and see my perfectly polished digits brought out into the light for all to see.


Maybe that's why the Lord opened my eyes to my "beautiful feet" because I know I want to share whatever is "true, noble, right, pure, lovely, admirable, excellent, and praiseworthy" (Phil. 4:8). I want to share the good news of God's love for you and me. How much God longs to have a personal relationship with each one of us through His Son, Jesus Christ. How He is preparing a wonderful place for us in heaven where we will be able to fellowship with Him for all eternity. Isn't that the best news ever!!! 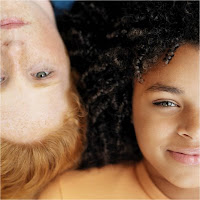