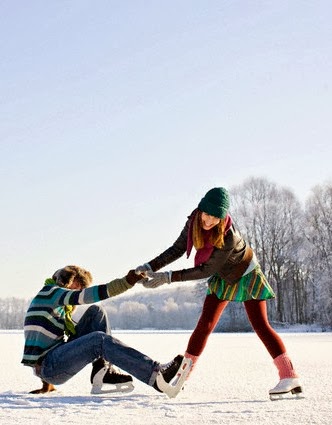 I was just waiting.  Waiting for the Lord to return.  Waiting for Jesus to come and change something... anything!  Waiting for the next big or small thing to happen.  The next whatever or whoever to show up and demand my attention.  For what more was there except the distraction and demands of other people and events, tragedies and strategies?  What more could I know, or see, or do, or experience that hasn't already been?  This was my life.  There was always something wrong with my health, always some bill that needed to be paid, always some annoyance to address, some work to do, some person to accommodate.  So yep, I was just waiting.  But, sadly, I wasn't waiting on the Lord.  I was only waiting for Him to arrive... to show up... to do something more.  There is a difference, you know.

I think I forgot about His grace.  You know, the gift he gave with His own Son's life?  The promise that insures every recipient a starting place into holy freedom.  Grace to know God intimately.  Grace to be with Him endlessly.  Grace to live in His Name eternally.  That grace that insures He loves me in spite of my imperfection.  That grace that provides me mercy, sympathy, understanding, aid, love.  Yep, I forgot to focus on His grace, and instead, I was just waiting for Him to do something.  But what more was there for Him to do if I wasn't seeking after Him?  Instead, I was stuck in pause... wading in the lukewarm... sleeping upright in my own sinful expectations and mediocrity.

Sometimes we can't see the forest through the trees.  Sometimes we are so busy looking at ALMIGHTY GOD in capital letters, and the vast splendor of His magnificence, that we forget to see Jesus.  Jesus who, yes, is GOD..., but also, Jesus who is, and was, a man.  Who lived and suffered as we do on this broken earth.  Jesus, who was also tempted, and betrayed, and tired, and alone, and overcrowded.  Jesus... who ate, and slept, and worked, and played.  Who enjoyed time with His family and friends.  Who was imposed upon and challenged by bullies and scoffers.  Jesus!  This God is the One who hand delivers to us GOD ALMIGHTY's wonderful, perfect grace.  This God is the One who serves and sacrifices and sits beside us in real time.  Who heals us because He is able and can.  Who loves us - even when we spit in His wounded face... even when we torture, and ridicule, and ignore His message.  This God is the One who accepts in spite of our imperfection.

When Jesus had again crossed over by boat to the other side of the lake, a large crowd gathered around him while he was by the lake. Then one of the synagogue leaders, named Jairus, came, and when he saw Jesus, he fell at his feet. He pleaded earnestly with him, “My little daughter is dying. Please come and put your hands on her so that she will be healed and live.” So Jesus went with him.

A large crowd followed and pressed around him. And a woman was there who had been subject to bleeding for twelve years. She had suffered a great deal under the care of many doctors and had spent all she had, yet instead of getting better she grew worse. When she heard about Jesus, she came up behind him in the crowd and touched his cloak, because she thought, “If I just touch his clothes, I will be healed.” Immediately her bleeding stopped and she felt in her body that she was freed from her suffering.

At once Jesus realized that power had gone out from him. He turned around in the crowd and asked, “Who touched my clothes?”

“You see the people crowding against you,” his disciples answered, “and yet you can ask, ‘Who touched me?’ ”

But Jesus kept looking around to see who had done it. Then the woman, knowing what had happened to her, came and fell at his feet and, trembling with fear, told him the whole truth. He said to her, “Daughter, your faith has healed you. Go in peace and be freed from your suffering.”

While Jesus was still speaking, some people came from the house of Jairus, the synagogue leader. “Your daughter is dead,” they said. “Why bother the teacher anymore?”

Overhearing what they said, Jesus told him, “Don’t be afraid; just believe.”

He did not let anyone follow him except Peter, James and John the brother of James. When they came to the home of the synagogue leader, Jesus saw a commotion, with people crying and wailing loudly. He went in and said to them, “Why all this commotion and wailing? The child is not dead but asleep.” But they laughed at him.

After he put them all out, he took the child’s father and mother and the disciples who were with him, and went in where the child was. He took her by the hand and said to her, “Talitha koum!” (which means “Little girl, I say to you, get up!”). Immediately the girl stood up and began to walk around (she was twelve years old). At this they were completely astonished. He gave strict orders not to let anyone know about this, and told them to give her something to eat. (Mark 5:21-42, NIV)

Yes, I had forgotten about His grace.  I had forgotten the urgency in the pursuit of being close to Him.  The privilege of forgetting my fear and fighting with all I have to touch the cloak of His glory.  I had forgotten to lay aside my ongoing disappointment and expectations and instead look upon His astonishing, healing presence.  Yes, He is ready to take my hand and commands me, "Little girl, I say to you, get up!"  Beckoning me to LIVE!  Inviting me to believe, to not fear, and to reach for His holy Son, my Savior... in spite of all internal and external imperfection that surrounds!

No, I was not waiting on the Lord.  I was waiting for Him.  And, although waiting for Him to return in person is so very important... waiting on His Spirit NOW bothers to bring me into the Teacher's holiness!  Touching Him is attainable today - in this very moment!  Hope indeed can be found now!

Let us accept God's gift of grace TODAY... in spite of every imperfection.  For He is our perfection!  And His experience, His wisdom, His headship, His holiness will free us from all our years of suffering.  So, let’s stop expecting from our King and start seeking after Him!  Let's get up and live!  For there is nothing more important than being near the Lord TODAY!

To live is Christ!